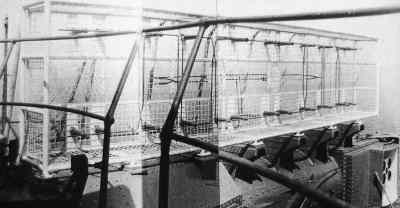 Photo is of Musashi.

As Assistant Radar Officer, Yoshida was partly in charge of the radar systems aboard ship.

His fortuitously timed watch on the bridge during the battle saved his life, as the radar control compartment where he was stationed just hours earlier was completely wiped out by a direct bomb hit during the first attack wave.