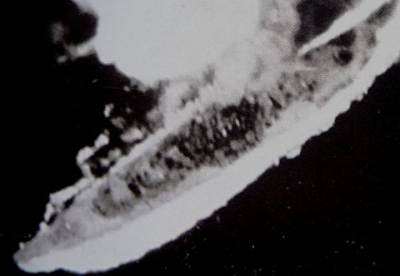 View Full-Size Image
Yamato dodges bombs in March 1945
In March 1945, the US Navy carrier task force executed a 'reverse Pearl Harbor attack' by attacking the port of Kure where the remainder of Japanese warships had been docked, destroying or disabling a large number of ships.

By the time the attack began, the Yamato was underway in the inland sea and narrowly escaped major damage.