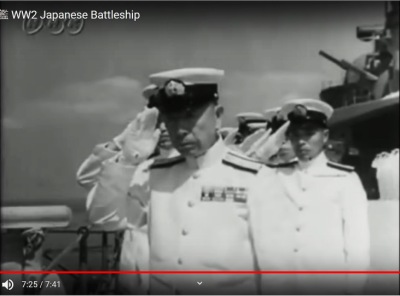 View Full-Size Image
Yamato Film Clip
The only known moving film of either battleship is this short clip from an IJN newsreel from 1942 showing an admiral being greeted upon arriving onboard.

Only a part of the superstructure is visible before the scene ends. The details of these these two ships were 'top secret' within Japan during the war so no other footage of either one of them survives.