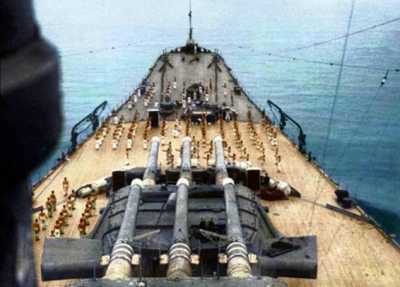 In the Imperial Navy, sailors would be mercilessly driven while the ships were in port, drilling, endlessly, exercising to the point of exhaustion. Slacking off would be met with blows from an officer's fist, or several paddles across the rear with a wooden stick delivered with full force by a Non-Commissioned Officer.

As a result, Japanese sailors welcomed going out on battle missions, as these actually afforded them time to catch up on sleep and rest.